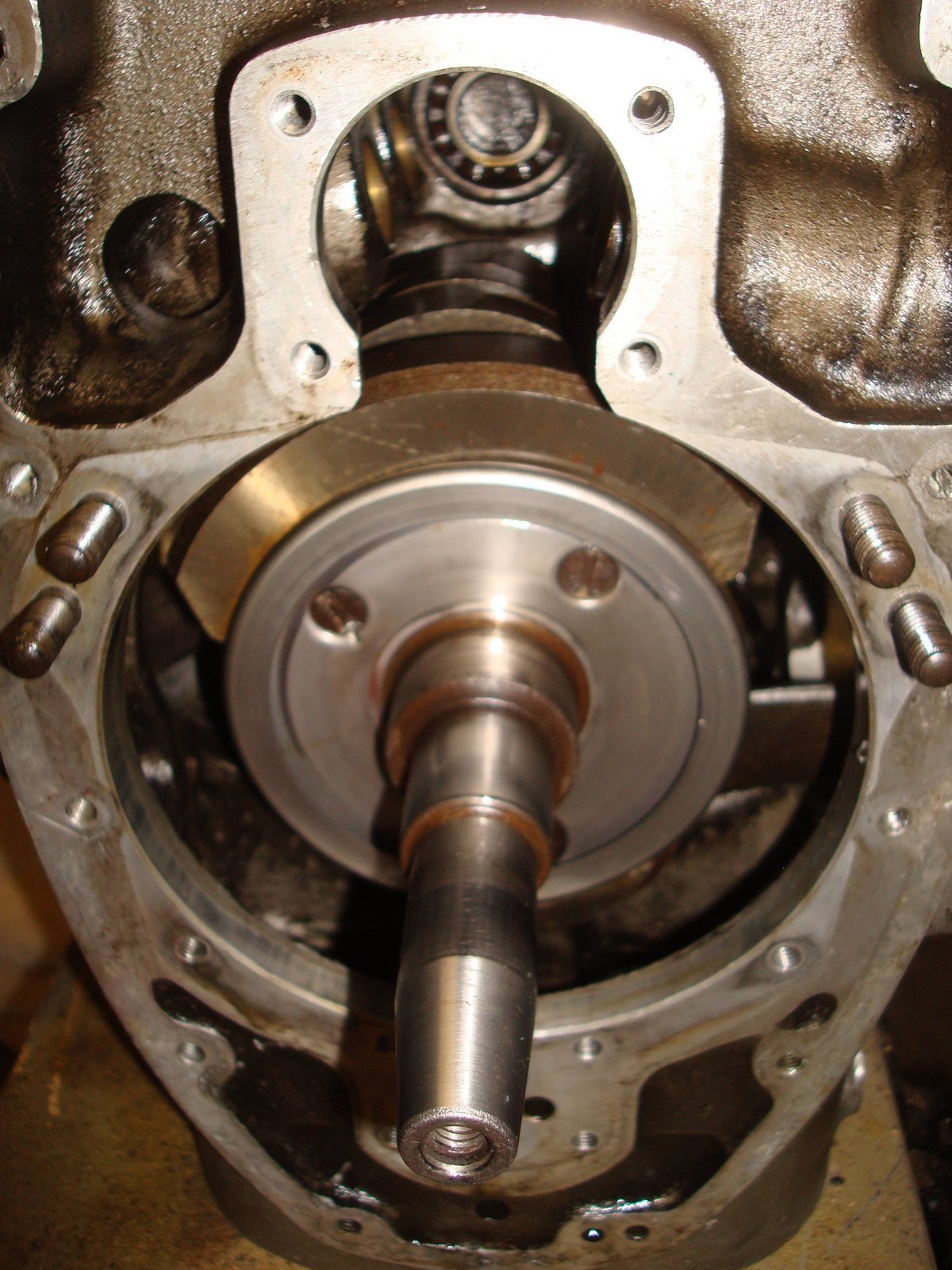 A lot! There’s no getting around it. There is no way these things can be checked and cleaned without a FULL engine strip. And that’s going to cost – whether you do it yourself (needs special tools and a fair bit of know-how) or employ someone to do the job for you.

Let’s look at the cost of parts alone. I’ll quote the current prices for an R60/2 from the Salis website (https://www.bmwclassicmotorcycles.com). If you use somewhere like Huggett’s it’ll be a lot more. All prices are in Euros.

So, 277 euros, that’s not bad. Don’t think of Not replacing the bearings, by the way. It’s a false economy. If you’re lucky you may get away with just cleaning the slingers rather than replacing them but usually there are stress cracks starting to develop around the screw holes and, hell, it’s only 30 euros to replace them so why wouldn’t you?

BUT……………. don’t expect you’ll get away with spening just under 300 euros on the job. Why? Because you’re working on an OLD bike that will have done 50,000 miles or more since it was last looked at. You WILL find all sorts of problems you didn’t know about and you will want to – and ought to ( change that to MUST) – take the opportunity to put things right now rather than having another strip down in a year or so or a breakdown at the worst possible moment.

For example, NONE of the many bikes I’ve stripped in the last couple of years has had tappets that   didn’t need replacing. Whether it’s pure age, metal fatigue, wear, lack of ZDDP in modern oils or a combination of these I don’t know but most bikes now seem to be riding about with tappets looking like the one on the left:

Sorry – it’s a bad photo, but see the flat face of the one on the left? The pitting you can see is where little chips of case-hardened metal have broken off and fallen into the engine. Whilst the tappet itself wears with increasing speed, so too it damages the camshaft and yet more bits of metal are let loose in the engine.

A set of four tappets costs just under 400 euros.

Barrels and pistons – are you REALLY going to continue using them as they are? With all that bore wear? Don’t you need a rebore? Pistons are 330 euros a pair. Rebores are usually around 100 euros per cylinder.

And as for the cylinder head – you WILL have excessive wear in the valves and guides. Expect to pay about 400 euros on the head. More if you have to have specialist work done by an engineer.

And so it goes on. All bikes need different things and it’s impossible to give a firm pricing but I’ve never yet ‘just’ cleaned the slingers. If there was such a thing as an average cost for parts then it would be in the region of 1200 euros. But I’ve just worked on a bike that needed every single component bar the timing gears and the camshaft replacing. The cost was truly staggering – and all on a bike that showed few signs of having major problems. But this is our hobby. We all know that old bikes need lots of TLC and lots more money to keep running as BMW intended. That’s life – and you get huge satisfaction from knowing you’ve got a bike ‘sorted’ once again.

Finally, if you’re not doing the job yourself, how much can you expect to pay for labour? Again, it’s a ‘how long is a piece of string?’ type of question because each bike will have its own problems and hitches that stretch the time out. But if you’re lucky I reckon it will work out something like this:

That makes 24 hours of labour you’re paying for. In reality, with inevitable repairs to studs, stripped threads, differential timing etc etc, you’re more likely to be paying  a minimum 30 hours plus for labour. What does your repair shop charge? It’s between £50 and £100 in the U.K. That’s another £1500 to £3000 to add on to the cost of parts.

And all for a bike that seemed to be running just fine. No wonder people are tempted to put off having their slingers checked until it’s too late!